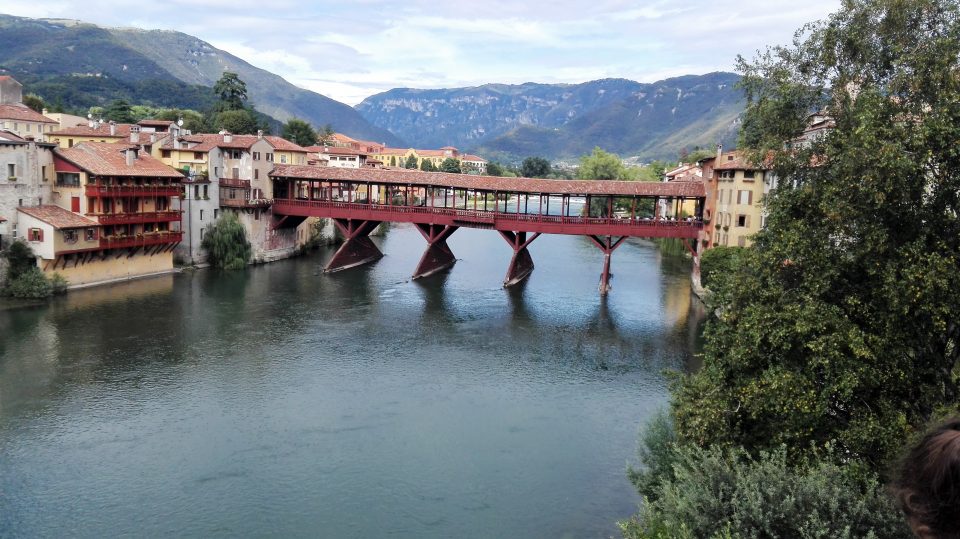 A journey from the Middle Ages to the World War I, with a sip of Italian grappa.

A lively and historic town on the Veneto foothills, Bassano, born shortly after the year 1000 as a fortified village, today is still enclosed by medieval walls. It lived a period of economic and cultural growth under the rule of the Venice Republic and today the tradition of ceramics, printing and grappa production, together with the decoration of the squares and the palaces, are bright emblems. This city experienced a tragic fate during the World War I that moved the front just behind the inhabited areas and that irremediably marked the places and consciences of the locals.

Stop at the ceramics shop and at an historic grappa producer and Italian grappa tasting.

Explanation of the mountains near the urban center because some of them have been involved in tragic battles during the World War I.

Meeting point: in front of the statue of General Giardina, in viale delle Fosse

Price: € 55 adult per person. €38 child (6-12 years). Child under 6 years free. Included: guide, visit and tasting of Italian grappa. Children will be offerend a glass of juice.

The tour is confirmed with minimum 4 participants.

Visit to the Hemingway Museum of the World War I, at Villa Cà Erizzo

Transfer from your hotel at Terme Euganee.

For information and booking: