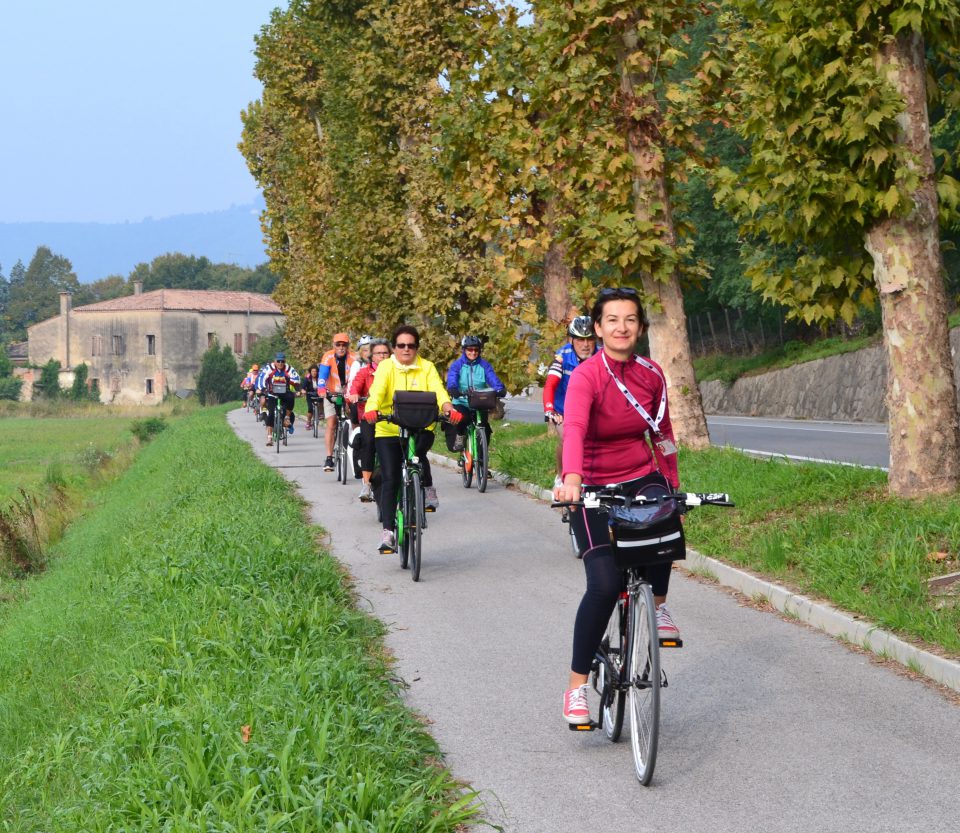 We are in the green inland of Venice, at the center of its cycle paths that develop like a complex network that covers a vast territory. The Euganean Hills bike path develops like a circular itinerary along the canals that embrace the Euganean Hills Natural Park.
This full-day ride will surprise you with its rich cultural heritage with prestigious Venetian villas, unchanged walled cities and castles. The first you will see is the Villa Emo in Rivella which deserves a brief stop to take a picture.

You will soon reach the walled city of Monselice and then continue along the Bisatto canal, a faithful companion of your journey and along which for centuries trachyte, the Euganean stone with which the Piazza San Marco was paved in Venice, was transported. After the river village of Marendole, Este, another walled city with the imposing Carrarese Castle and elegant squares, will conquer your heart.
You will then proceed towards the western part of the Hills, characterized by extensive countryside, silence and uncontaminated nature and you will feel the satisfaction of finding yourself far away from pollution. The acute forms of the hills, a sign of their volcanic origin, but also the hillsides that host olive groves and vineyards, will keep you company.
After lunch and wine tasting in local cellar, you will cycle towards the northern part of the Hills, up to the Praglia Abbey, where you will stop for a guided tour of the most important Benedictine monastery of the Euganean Hills. Here the monks pray, work and restore ancient books. In their shop you will find wine, honey and cosmetics made inside the monastery.

You will now be on your way back when you pass by the elegant Villa Draghi and the wonderful Castello del Catajo.

Itinerary: Circular tour with start and finish in Galzignano Terme. 70 km on a cycle path, mainly on the plain. Tour suitable for children.

When: every day upon request from March to November.
Duration: full day from 9.30 to 17.30

Meeting point: our Bike point inside Radisson blu hotel in via delle Terme 84, Galzignano Terme PD
How to get there: by train to Battaglia Terme station + 10 minute on foot. By car: free parking

The tour is confirmed with a minimum of participants.